Barbuda is a small island located in the eastern Caribbean forming part of the sovereign Commonwealth nation of Antigua and Barbuda. Located approximately 28 miles north of Antigua, it is part of the Leeward Islands of the West Indies and known for its climate, pristine beaches, water activities and notable wildlife that have attracted tourists for many years. The capital is Codrington, with a current estimated population of 1200.  Prior to Hurricane Irma the population was at 1800.  The island is 62 square miles.   The island is accessible by boat, ferry service from the Antigua and via air to the Barbuda Codrington Airport (BBQ.)

For more information on the history of Barbuda, check out this resource BarbudaFul.

In the 1950’s, the late William Cody Kelly set out to find the best beach in the region, looking specifically for a leeward beach that favored water sports such as sailing, swimming, and snorkeling. On Sunday, February 14, 1960, while flying over Coco Point on Barbuda, he found what he wanted and created the Coco Point Lodge. The Lodge employed just under 100 people and was mainly staffed by Barbudans. Multiple generations of the same families worked at Coco Point over the half-century of its history.

In 1978, The Coco Point Fund was founded in gratitude to the staff at Coco Point Lodge. The Fund has enabled the families of Codrington to build facilities that are needed in the community, to seek medical services off-island, to participate in athletic competitions around the Caribbean, and encouraging business development in agricultural projects.

In 1998, The William Cody Kelly Scholarship Fund was created to assist worthy Barbudan students with partial scholarships to colleges and universities around the world. Students are encouraged to return to Barbuda following the completion of their education in order to give back to their community.

The Coco Point Fund continues to focus its efforts on improving the island’s education and health care resources.  Since its inception, over US$2,000,000 has been provided for much needed support on Barbuda.   The Fund was the driving force for the establishment of the Cody Kelly Pre-School and has ever since been a generous contributor to its support.

Our promise is to provide 100% direct aid with no funds being channeled through governmental agencies. Our board unanimously agrees to prioritize our work funding the projects with the largest impact on the most Barbudan lives.

We estimate the collective needs over the next 3-4 years will exceed $3 million. These aggressive goals will require significant additional assistance. Special thanks to partners in this notable effort include charitable organizations Jumby Bay Fund, Mill Reef Fund, Barbuda Ocean Club, Discovery Land Company Foundation and the Paradise Found Barbuda Relief Fund.  Our goals are below: 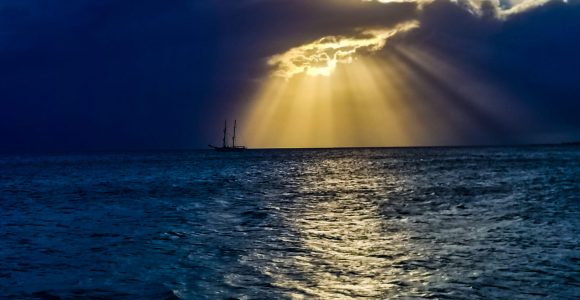