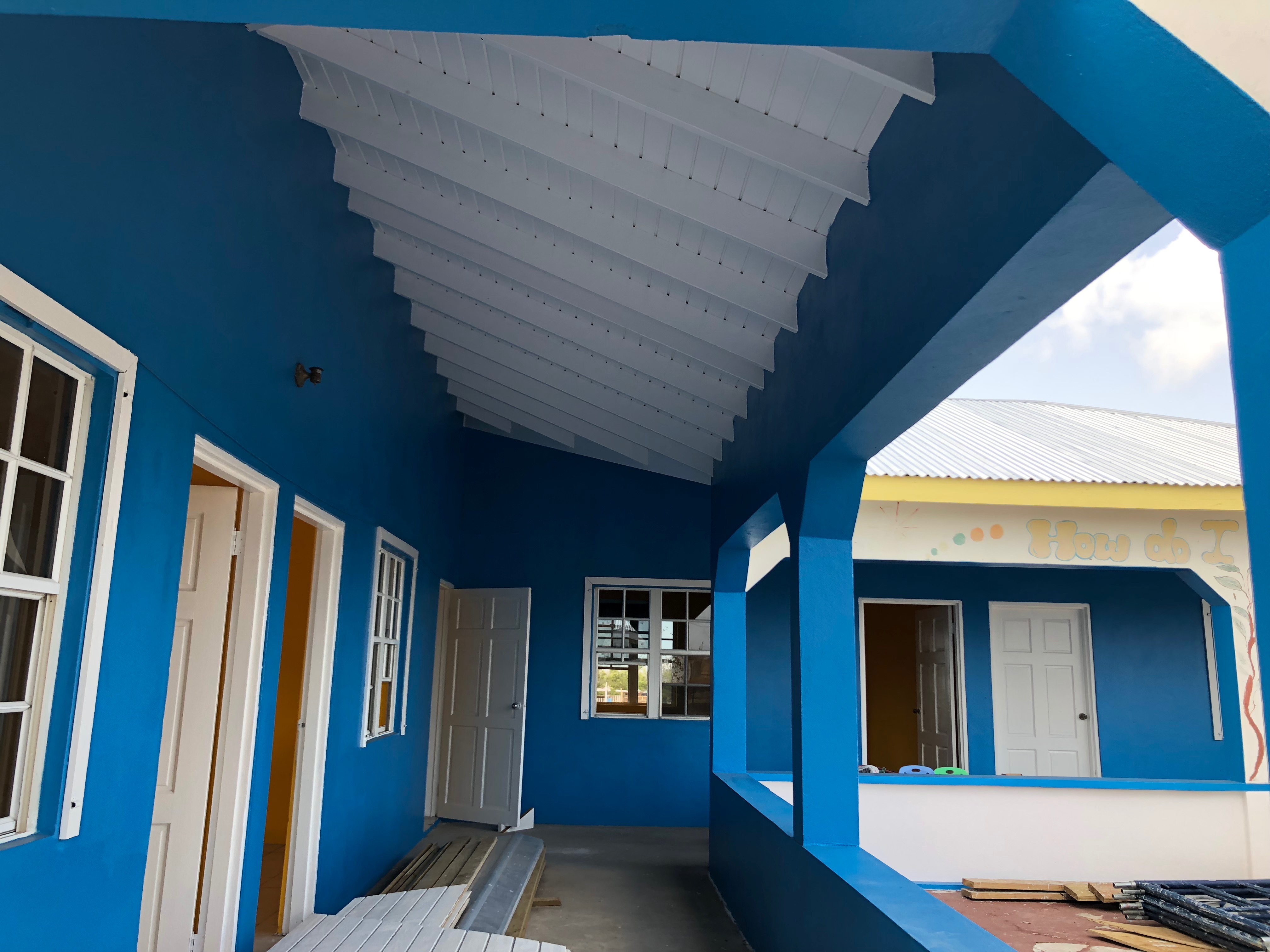 Rebuilding the preschool was the fund’s first construction project. In order to attract back Barbudan families, who had been displaced by Hurricane Irma, and evacuated to Antigua, an operating school system was necessary. The high school was mostly intact and could function for both primary and secondary classes, while the Barbuda Council and Antiguan government addressed repairing the primary school. With the governments limited resources it was highly unlikely that they could address the preschool anytime soon. In early February 2018, members of our board met with contractors on Barbuda to review their proposals and references. We selected Griff Walker, Walker Construction, to be our general contractor for the rebuild. The historic building, which we believe was originally constructed around 1905, served as the main classroom. It suffered severe damage when it’s entire roof came off. As you can see in the before photograph the building’s walls are approximately 2 1/2 feet thick and made of limestone blocks. There was a kitchen attached to this main building, which the Coco Point fund built approximately 15 years ago, which also suffered significant damage. The adjacent five classroom building was also damaged and unusable.

While Griff’s crew attended to the demolition we were able to leverage our budding relationship with the Home Depot and get the needed building materials delivered quickly from Miami. We contracted with Griff in March 2018 and the project was completed in September 2018, on budget. A few weeks ago four members of our board visited the school and found 37 children and 6 teachers very happy in their newly refurbished school. The pictures of the smiling thankful children reflect the success of our first long-distance construction project.

In coming months we will post in this space stories about the history of our past involvement with the preschool, how the school came to be named William Cody Kelly Preschool, and the introduction and adoption of a new advanced curriculum coming very soon to the preschool. 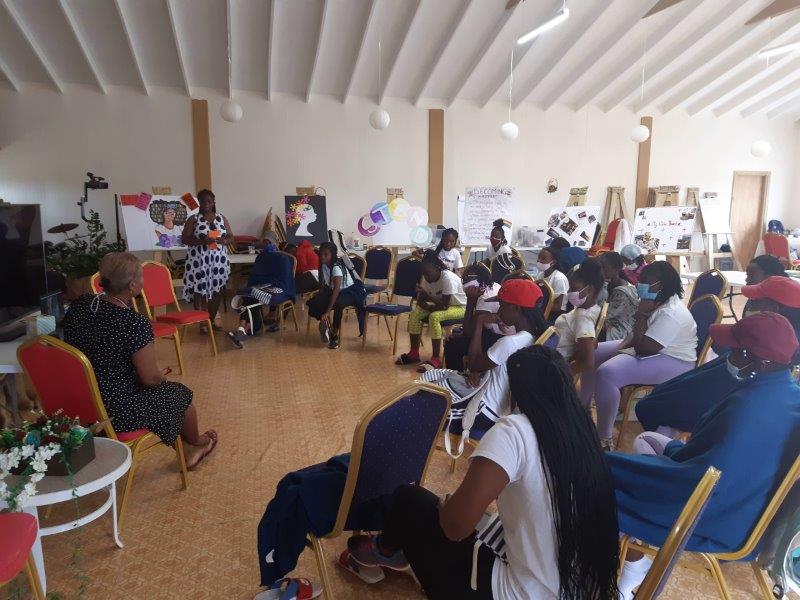 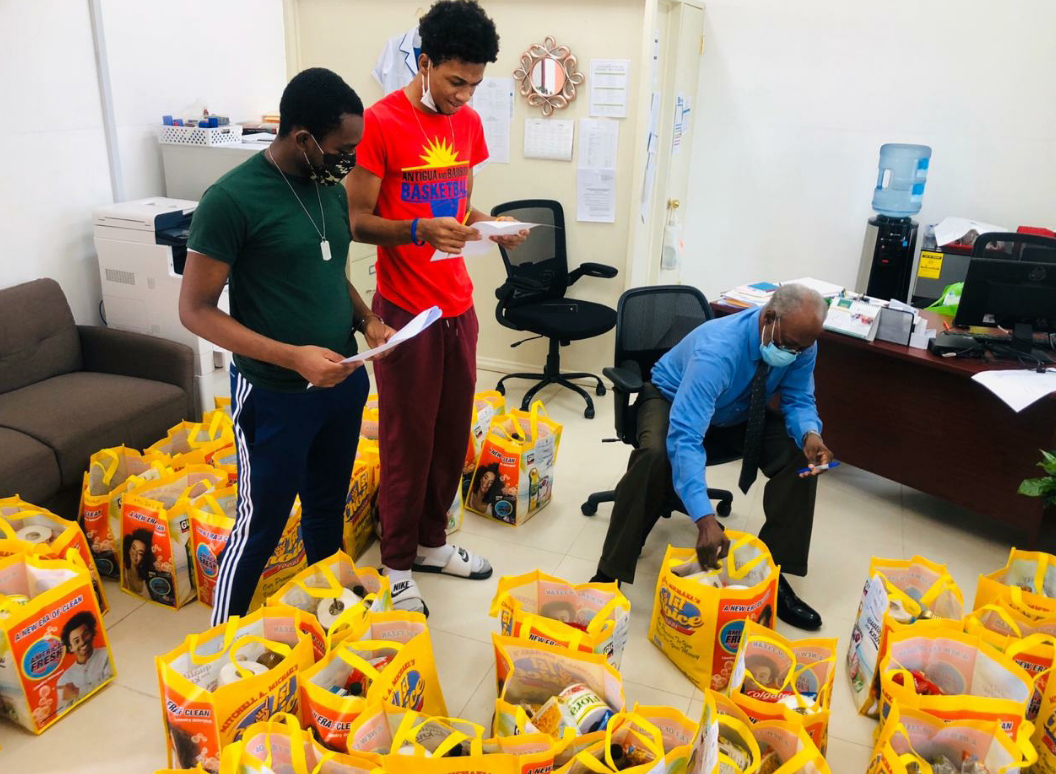